He knows only one lane, the fast lane:
“The Baranski”. A time trial specialist,
who has been very successful as an
amateur athlete.

In 2018 he crowned himself “King of the Lake” at the individual time trial of the same name in the Austrian village Schörfling am Attersee. And in the same year the amateur cyclist also won the Monstertijdrit in the Netherlands. Achievements that are the result of hard and honest work.

Since 2013 HYCYS has accompanied Marcus, who owns the sports and media agency “Der Baranski“ (The Baranski). As a passionate time trial rider, he has been working intensely on improving his performance in this discipline for the past 15 years. He has to date tested countless helmets, time trial suits and wheels and he has done some testing in the wind tunnel and on the track, too. HYCYS is at his side and not only takes care of him with regular tests in the velodrome. “Being fast is no coincidence”, says the aero freak. “You just have to know which details to work on – both in terms of equipment and training build-up.” We have been creating individual training plans for several years for Marcus, which also include the optimal nutrition strategy for training and competition. 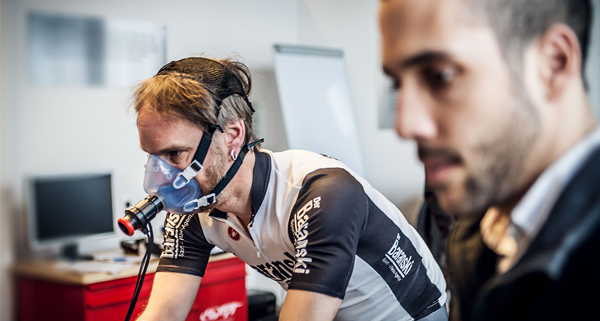 Aero is everything. If you share this opinion with Marcus, our bike fitting and aero fitting offers are just right for you.

11. August 2021
Read on to find out what factors performance consists of, what is necessary to be able to perform and how performance is increased.
END_OF_DOCUMENT_TOKEN_TO_BE_REPLACED
https://hycys.de/staging/wp-content/uploads/Header-1.jpg 800 1200 Katrin Meyer https://hycys.de/staging/wp-content/uploads/hycys_logo_white-300x138.png Katrin Meyer2021-08-11 08:00:002021-08-11 09:28:42Physiology as a cornerstone in cycling and triathlon
Boris Stein